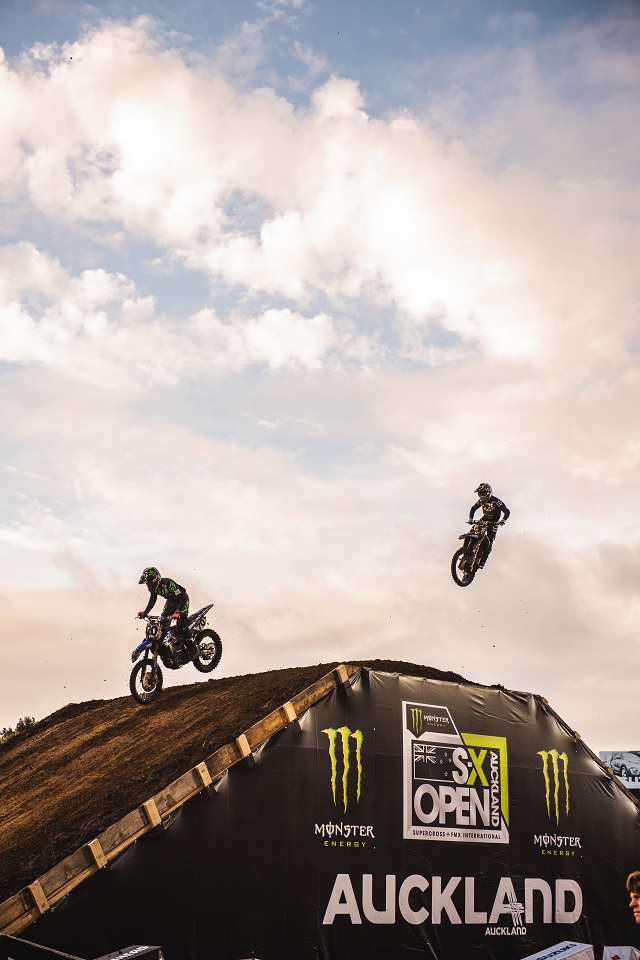 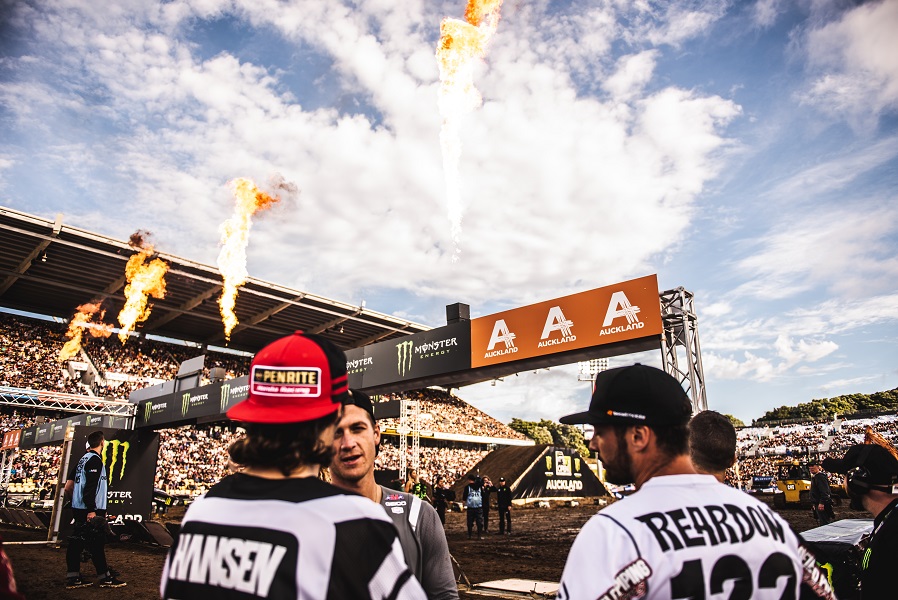 On Saturday 24 November, Mt Smart Stadium was transformed from the home of New Zealand Rugby League to a Supercross arena.

There was more than 6000 tonnes of dirt trucked into the stadium and 10,000sq m of thick geo-tech cloth used to create the track.

Despite the rainy weather Auckland had put on for the event, the event went on without a hitch!

The competition was fierce and the rider banter even fiercer. Kiwi ace Ben Townley put in a sweet show for his home crowd, going bar-to-bar with rival smack talker Ronnie Mac to win the Boost Mobile International Showdown. The pair traded blows on the track before literally trading blows off it to cap off a huge win for the ANZACs over the Internationals.

The Monster Energy S-X Open Auckland was hailed a huge success with 21,126 screaming fans on hand to witness the inaugural running of the event.

To get a taste of how epic the Monster Energy S-X Open was, watch the dramatic transformation of the stadium below.