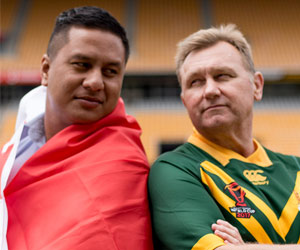 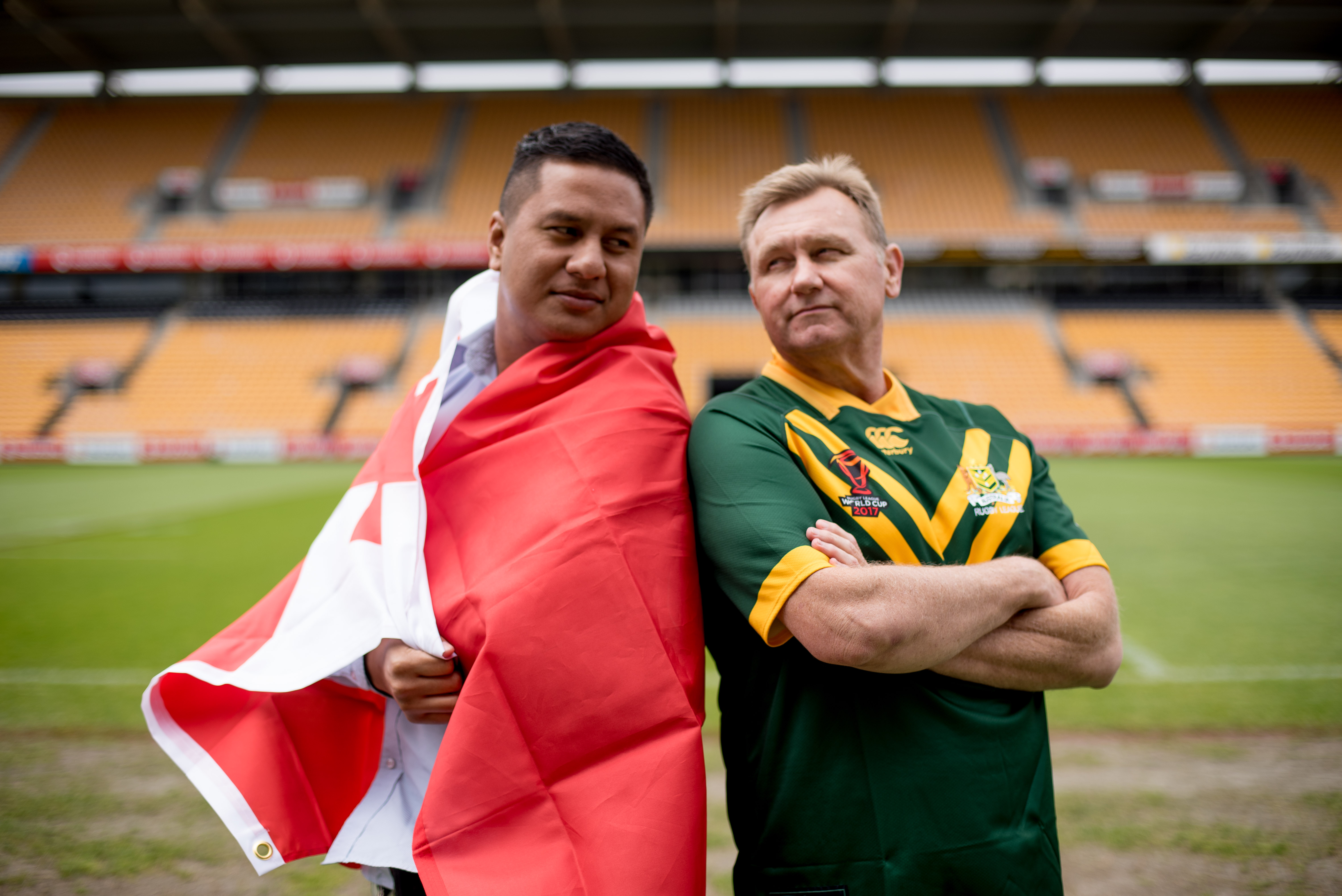 For Sione Taufa and Steve West, Saturday's rugby league clash between Tonga and Australia at Mt Smart stadium will mean a lot more than just points on a scoreboard.

West, a native Australian, and Taufa, born in Australia but raised in Tonga, both work for Auckland Stadiums and their rivalry will come to a head at this weekend's game.

"Australia is coming off a loss so I've already been embarrassed once," head of facilities and Penrith-born West said.

"I'm embarrassed and ashamed at the defensive effort in the last game so I'm wondering what's going to happen this time round."

Taufa, who was the leading event manager for the game, said he was sure of his support despite his birthplace.

"I'm caught in the middle because I was born in Sydney and I'm from Tonga but my allegiance lies with Tonga and basically anyone who plays against Aussie."

Taufa said they were still taking calls for more tickets despite the 30,000-seat stadium reportedly selling out on Wednesday morning.

"I feel like the atmosphere will be a huge advantage. In terms of the ticket sales, they did try to separate Aussie fans from Tongan fans but I think Tongan fans just went with what was available."

West, who shifted to New Zealand about five years ago, said he hoped the stadium would cope with the stress of a full house.

"It's boisterous. If the last game that Tonga played here is anything to go by it'll be absolutely mayhem, chaos.

"The passion of the fanbase, they're not a quiet, sit in your seat people, they're active, out of their seats. They're passionate, they're loud, they're active and engaged with what's happening on the field."

West said Saturday's game would pale in comparison to some of the other big events Mt Smart had hosted.

"Even when you had a double-header Warriors game, which was quite a big crowd here, it won't be anywhere near the decibels of the Tongan army that's going to descend upon the place. They're going to make their presence known."

In addition to thousands of Tongan fans, King Tupou VI and Queen Nanasipau'u would be watching in the stadium which Taufa said was something unique.

"It's not every day, as Tongans would say, the commoners would come across a royal family unless its a special occasion."

He said these events showed how much respect the King commanded from his people.

"For last year's Rugby League World Cup, during the national anthem, I remember his majesty coming up on the big screen and everyone cheered in the middle of the national anthem. That just speaks volumes of the dedication and respect people have for Tonga and for the King."

Taufa said he realised just how important these events were when he went to visit his mother's grave for her birthday this week.

"Seeing the amount of Tongan flags at the headstones was quite moving. Just looking around thinking that we are involved with a massive event that has an affect on everyone whether you're Tongan or non-Tongan, it's indescribable."

As for the result, Taufa picked Tonga to triumph by 12, while West chose Australia to win by 20. The game kicks off on Saturday at 7.35pm.

I'm caught in the middle because I was born in Sydney and I'm from Tonga but my allegiance lies with Tonga and basically anyone who plays against Aussie.