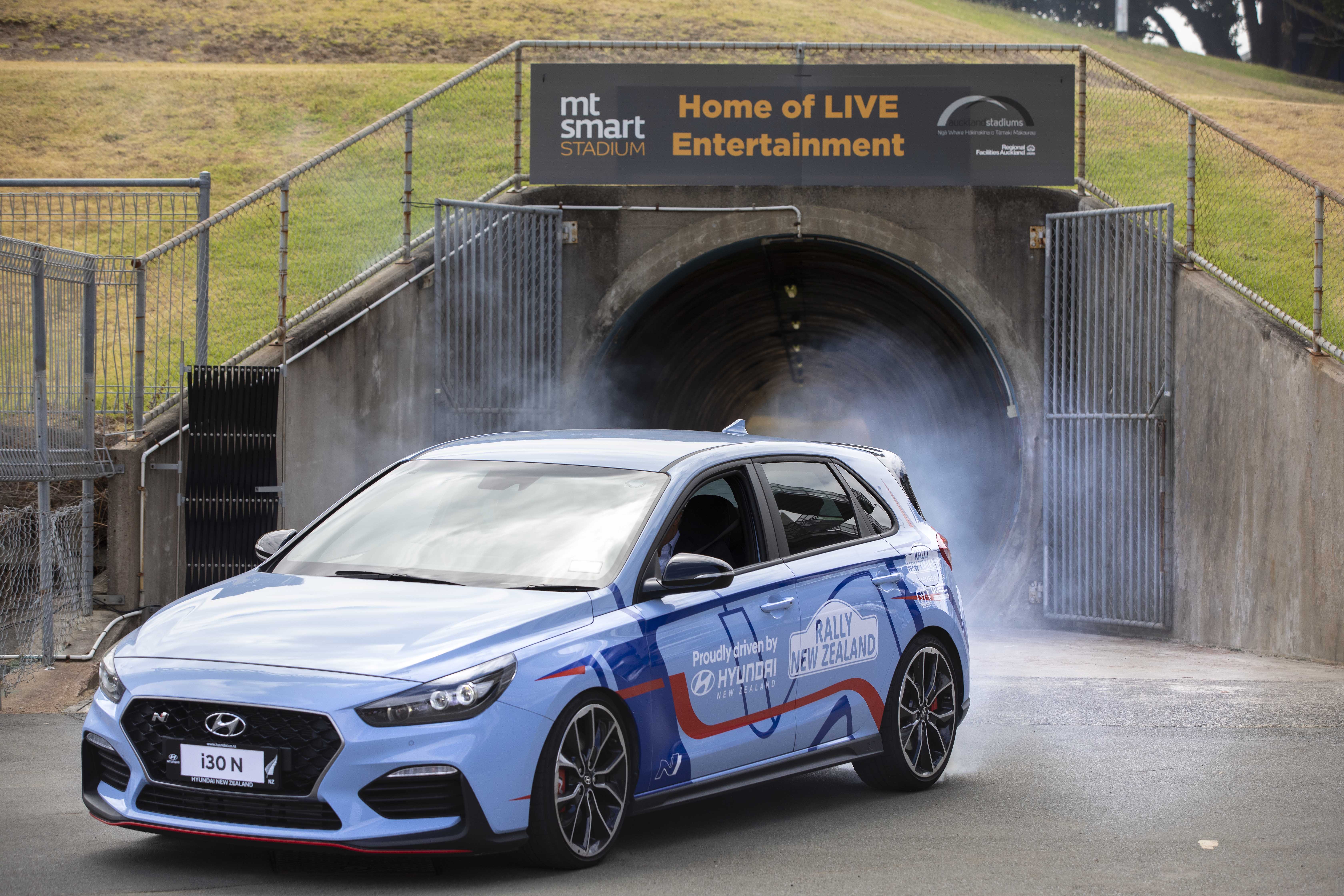 Rally New Zealand will make history inside Mt Smart Stadium when it returns as part of the World Rally Championship in Auckland this September.

Today Rally New Zealand organisers confirmed that Mt Smart Stadium will act as a base for the event’s service park and rally village for the fans. An historic Super Special Stage is also set to be created to run inside the stadium on both Friday and Saturday of the rally.

The four-day event will be based in Auckland from 3 to 6 September 2020, and has the backing of Auckland Tourism, Events and Economic Development (ATEED).

The Mayor of Auckland, Phil Goff confirmed Mt Smart Stadium as the home base for Rally New Zealand today, driven into the stadium by kiwi rally star Hayden Paddon, who also confirmed his involvement as the official ambassador for the event.

Phil Goff says, “Auckland has a strong rally heritage going back more than half a century and it’s good to be able to once again host the WRC after an eight-year hiatus.

“Mt Smart has capacity for 30,000 fans and has good transport connectivity, including proximity to rail and bus services. It will be a great event for locals and for visitors to Auckland, who help boost our local economy.

Tickets: Fans are encouraged to pre-register for tickets via www.rallynewzealand.com

Rally New Zealand Is Back!!!

While Paddon continues to work through his driving options for the event, he was on hand to confirm that his long-time backers, Hyundai New Zealand are the first elite sponsor to announce their sponsorship of the event.

Hyundai New Zealand General Manager Andy Sinclair says, “We are excited about the return of WRC to New Zealand shores, and are proud to announce our support of Rally New Zealand.

“Locally, we’ve been involved in rallying since 2014 when we established the Hyundai New Zealand rally team with Hayden. Not only will Hayden play an integral part in Rally New Zealand as the event ambassador, he will help bring our campaign to life in the lead up and during the event.

“We’re also excited to welcome back the Hyundai world rally team to our country to compete in their first Rally New Zealand since 2003, and will be working with them on their WRC campaign.”

Paddon says he was pleased to accept his role as event ambassador to help promote the return of the World Rally Championship to our shores.

“Rally New Zealand is a hugely exciting event for New Zealand – for the first time, kiwi fans will get to see modern-era WRC cars and drivers battle it out in our own backyard. I would love nothing more than to win this event in a WRC car.”

Oliver Ciesla, managing director of WRC Promoter says, “I had the opportunity to visit Mt Smart Stadium in November 2019 and was impressed by how close it is to the centre of Auckland. Of course, there are many benefits for fans and competitors to have the service park, rally headquarters and potentially even a super special stage in or around one central facility in Auckland.

“We are excited that the World Rally Championship is returning to the iconic rally roads in and around Auckland, and now our team is determined to bring the rally to the people of Auckland,” says Goldstein.

“The service park at Mt Smart Stadium will be a real hub for the fans to be part of the event.  We look forward to welcoming a huge array of kiwis to come and check out this incredible international event, get up close to the cars, meet the drivers and be part of the rally festivities.

“We’re going to supercharge the rally village spectacle by building a super special stage inside the stadium which will make for an incredible experience on the Friday and Saturday of the rally. We can’t wait to hear the roar of the WRC cars echoing through the stadium – it will be an awesome experience that will be very accessible for fans.

“It is so fitting for Hyundai New Zealand to be announced today as our first elite sponsor. They have been behind this event for years as we’ve lobbied to bring the WRC back and they are huge supporters of rallying in this country, from their association with Hayden Paddon to their support of various grass roots rallying events across the country.

“We are thrilled that Hayden has agreed to be our ambassador and of course that Hyundai New Zealand has backed Rally New Zealand.”

Mr Goldstein said that his organising team are hard at work and expect to announce the rally route, more sponsors and some other exciting innovations in the coming weeks.