The Warriors are on top again, and smashing the record books 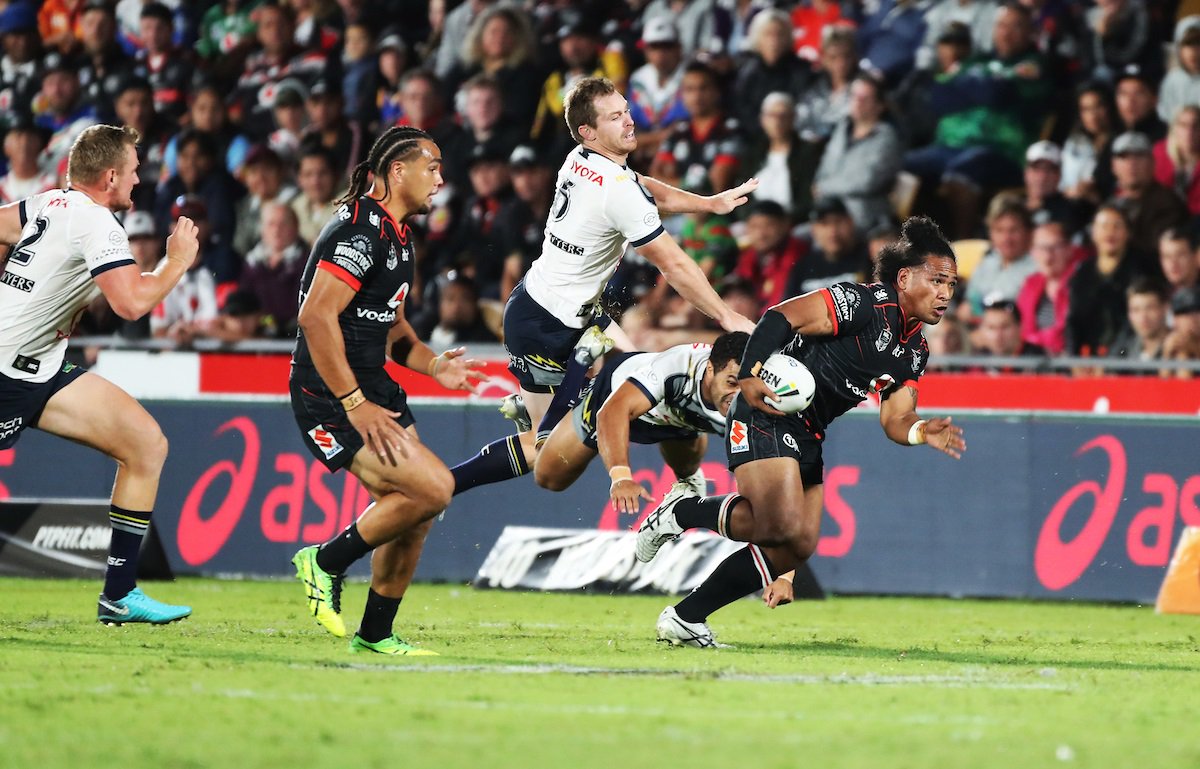 The Warriors are on top again, and smashing the record books

New Zealand’s first ever NRL Double Header proved to be one for the record books after thousands of fans descended on Mt Smart Stadium for the Warrior’s biggest game in a decade on Saturday night. 'Sold Out' signs surrounded the stadium as more than 25,000 fans filled every seat they could get their hands on in anticipation to see the whether the Warrior’s flame could be extinguished.

While the Melbourne Storm, North Queensland Cowboys and Wests Tigers all hold plenty of appeal, there was no doubt who most were there to see.

The night was kicked off with a nail biting clash between the Melbourne Storm and the West Tigers, which was sealed at 11-10 to the Tigers after Benji Marshall drove through a winning field goal in the final minutes of the match. Next up were the Warriors who went to war against the Cowboys shutting down their offence and suffocating their plays in order to come out victorious on the night 22-12

The Vodafone Warriors will play their next two games at Mt Smart Stadium where they will face the Broncos next week before the only other unbeaten team in the NRL, the Dragons on April 20.