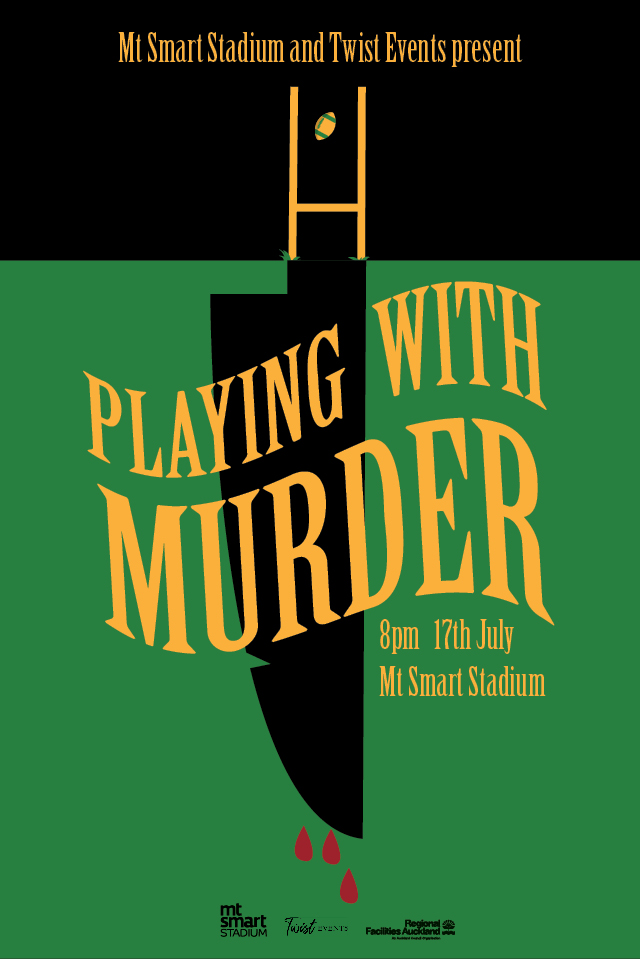 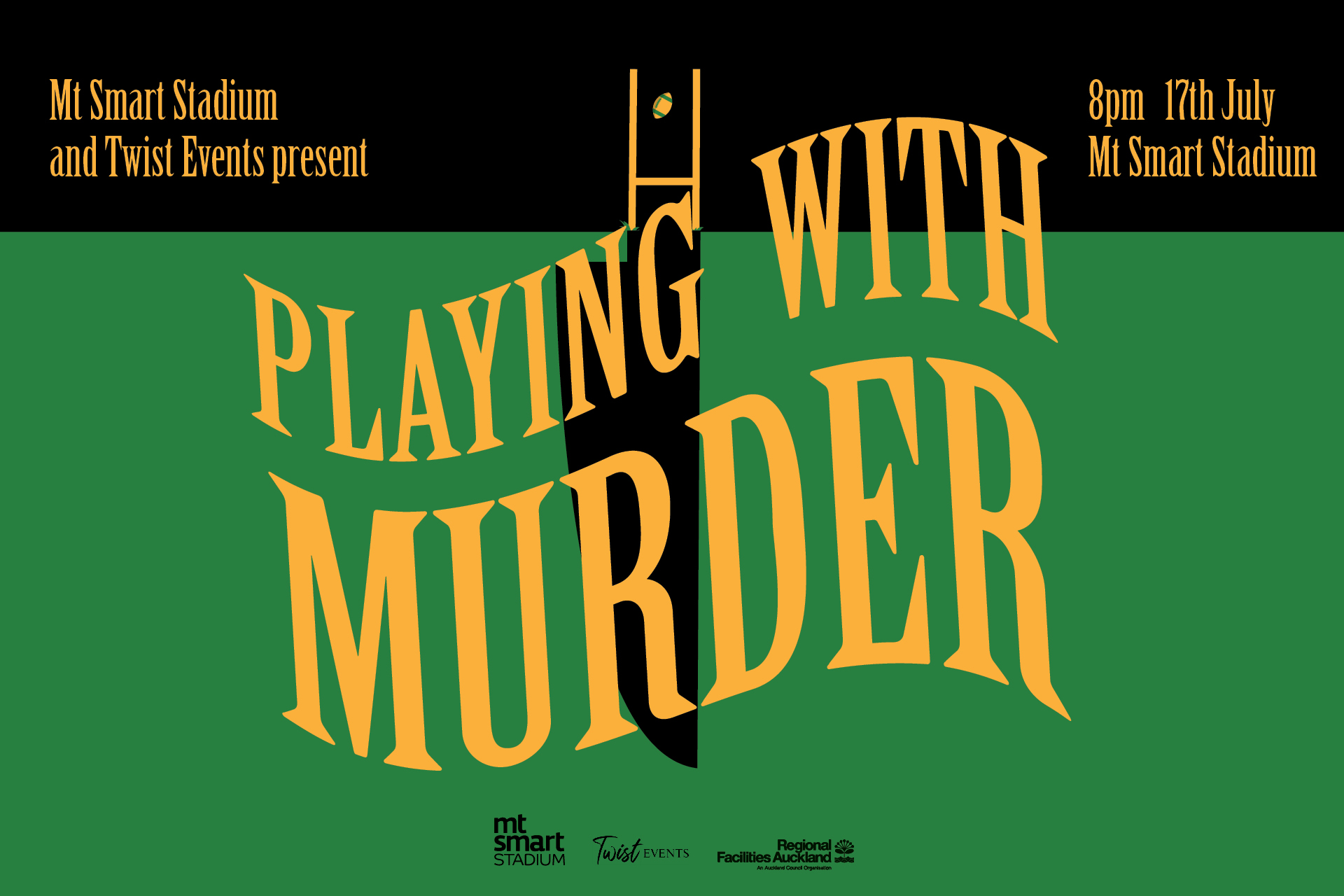 Hosted by The Mistress of Murder from Twist Events. Prepare for a night of laughter, mayhem and mystery… Roam through the hidden areas of the stadium, explore the secret corridors and discover the private members suites in a bid to find the killer!

After a successful season, the first ever mixed rugby league team, The Untouchaballs are celebrating their latest win on home ground.  As the players, coaches, and fans get together to toast to The Untouchaballs glorious future, rumours of discontent begin to emerge. Talk about rigged matches, the retention of some team players and a recent scandal has made its way through the grapevine. The gossip circulating the team is threatening to ruin the occasion.

What no one realises is that behind the scenes, someone is preparing to make their move… a move that will prove to be fatal for one of the party guests.

Who will it be? The promo girl who always tries to steal the limelight? The team newbie who’s determined to push his way to the top? The scorned wife who’s out for revenge? The Mad Butcher turned Sane Greengrocer? The touch judge who has made one too many bad calls? Or perhaps the Team Manager who’s sick of trying to be the peacemaker?

Someone’s time is up and it’s up to the partygoers to catch the murderer before the party is over and the murderer gets away scot-free.

This will be an immersive evening guaranteed to be full of laughter, mayhem and mystery. Get into character, dress up (or not) and solve the mystery of who committed the team murder in the stadium.

Partygoers will work in teams of 6 to solve the crime.

Tickets include a complimentary drink and delicious canapes on arrival.

Let us know you're going! 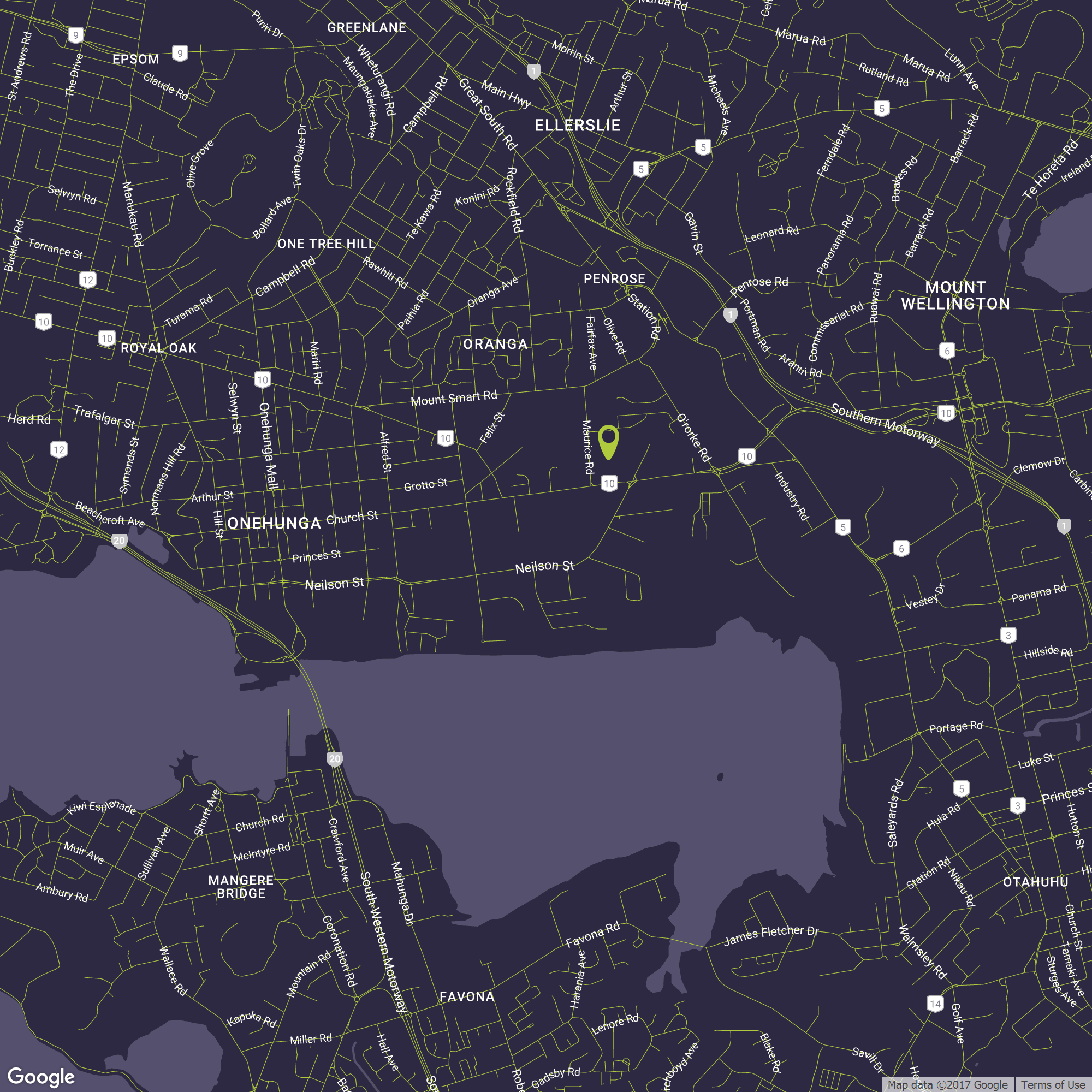