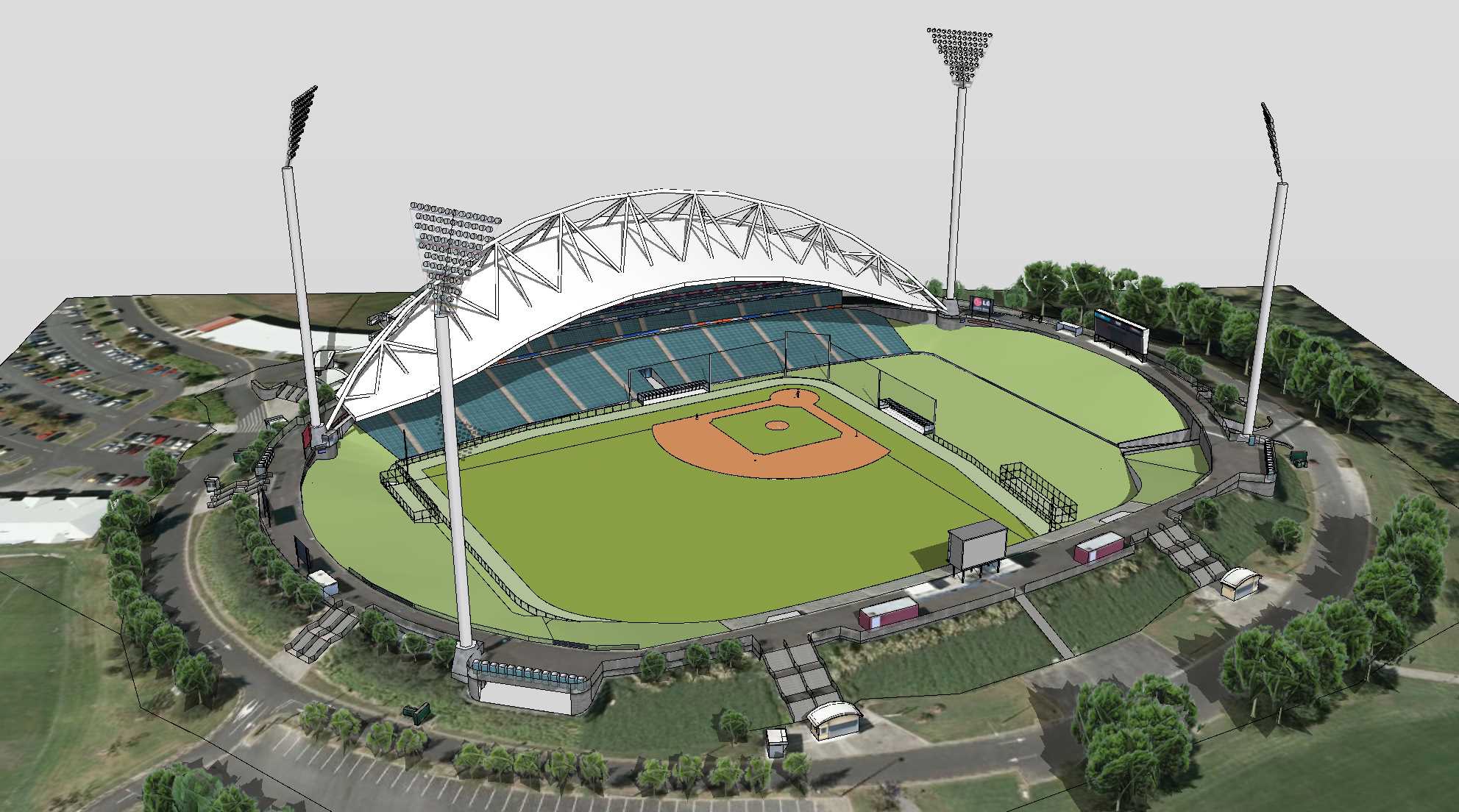 The $2 million redevelopment of North Harbour Stadium has kicked off, with representatives from Auckland Stadiums and partner sporting organisations turning the first sod on the development this morning.

Over the next five months the stadium will be converted to play host to the new Auckland Tuatara Baseball franchise. The extensive redevelopment involves removing the majority of the stadium’s west stand to allow for an International Baseball Federation standard baseball diamond, allowing for international games to be held there in future, along with Olympic qualifying games.

In total, over 3,000 seats will be removed to allow for the famous outfield wall. The wall will measure six meters in height and will allow fans to get closer to the action.

At the conclusion of the winter season, work will focus on the installation of the playing diamond and the special clay mix pitching mound and infield. At the end of the baseball season North Harbour Stadium will then revert back to a rectangular field.

“North Harbour Stadium is one of the most diverse stadiums in New Zealand and it’s great to see a new sport added to the portfolio. Partnering with Auckland Tuatara allows us to meet the sporting demands of a growing and diversifying Auckland population, and continuing our support of sport in New Zealand in general. This is an exciting time for the stadium and it’s great to be a part of sporting history,” he said.

Lending a hand, and a shovel, was Regan Wood, General Manager of the Auckland Tuatara who was excited to see this day come.

“We have dreamt of playing professional baseball in a world class facility for a long time and this dream now becomes a reality,” Wood said.

“The redevelopment will provide a full-size international quality baseball facility that will become the leading venue in the Australian Baseball League. We are thrilled to be able to utilise it and know that our fans will enjoy themselves watching our team play here.

“We will have membership and ticketing packages for the upcoming season available in the next few weeks.”

Late last year the Auckland Tuatara entered into a nine-year agreement with Auckland Stadiums to train and play at North Harbour Stadium. The 2019/2020 season starts in mid-November and will run until early February.

Baseball Australia chief executive Cam Vale made the trip over from Australia to see work start on the venue.

“This is a long term plan for the sport and obviously with Auckland being part of the competition, even being here and seeing how quickly after one year, year two could be in this venue, it's just phenomenal."

"It still doesn't quite feel real, to be frank, because this will be the best venue in the ABL. For a team to do that in their second year…to convert a rectangular stadium into a baseball venue that has the seating capacity, the lighting, the infrastructure, all the things you want from a big stadium, but to effectively be a pop-up venue for baseball is a game-changer for the sport in this region."

This is a long term plan for the sport and obviously with Auckland being part of the competition, even being here and seeing how quickly after one year, year two could be in this venue, it's just phenomenal.