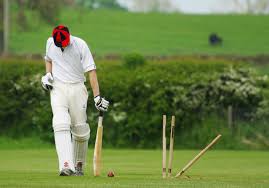 "In one Test in Dubai last year, at times there were reportedly zero spectators: not a single person in the ground beyond the teams, support staff, match officials and the poor security guards left staring at pristine plastic seats all day.

If the story is said to be apocryphal, dozens of Test matches in recent years have been played to a desolate backdrop of an identikit, empty concrete bowl and a mere smattering of spectators. As those in sports broadcasting are prone to lament: ‘Nothing looks worse than an empty ground."

Read the full article below:

“The players love it – they prefer the intimacy,” says David White, the chief executive of New Zealand Cricket. “The feedback we’re receiving is that the public and fans also prefer the grass banks and the picnic atmosphere of these types of grounds.”