Investment to Grow Utilisation and Success of Auckland’s Stadiums 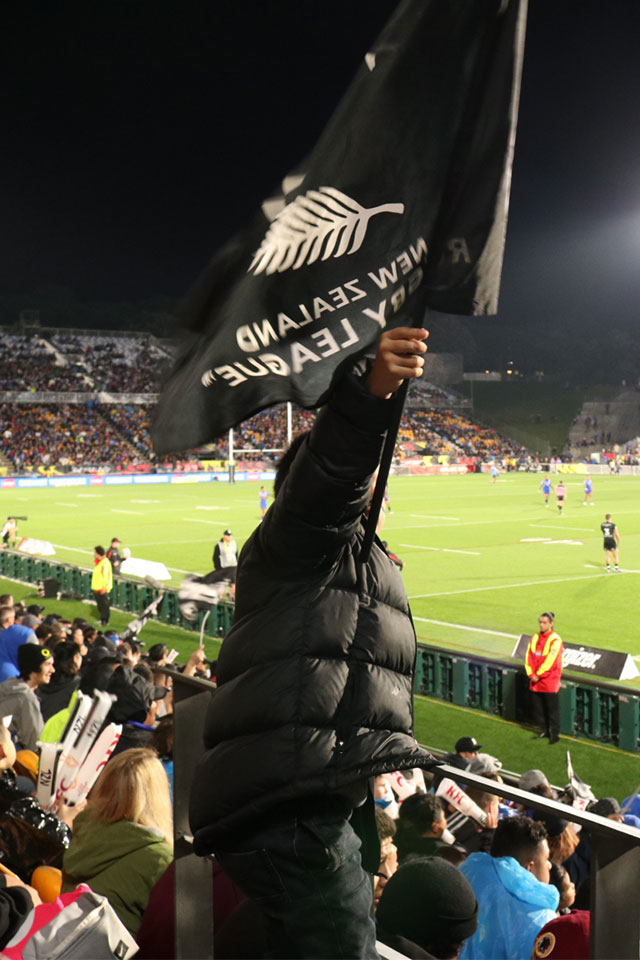 Investment to Grow Utilisation and Success of Auckland’s Stadiums

Regional Facilities Auckland’s stadium strategy has been the subject of considerable debate and discussion over the past three years, including most recently a public consultation exercise held as part of Auckland Council’s 2014/2015 annual plan process.

Having developed a number of key foundations over the last two years, the RFA Board has now approved further implementation of the stadiums strategy with a $30 million growth-focused investment plan that will be staged over the next four to five years.  This will be in alignment with Auckland Council’s Long Term Plan.

The investment growth plan will form part of Council’s 2015 – 2025 Long Term Plan public consultation next year.  The public will have an opportunity to make submissions and Council will then make the final capital investment decisions.

The major components of that capital investment growth plan, to be implemented over the next five years, are:

The $30 million proposed works will be in addition to existing stadiums development, renewals and maintenance budgets.  Moreover, a further component of private sector investment will be involved with the proposed development of a speedway facility at Mt Smart.

RFA owns and operates Mt Smart Stadium, QBE (North Harbour) Stadium and Western Springs Stadium on behalf of Auckland Council in its role as shareholder.  The other major football stadium in Auckland, Eden Park, is owned and operated by an independent trust.

RFA’s three major stadiums are utilised for a variety of purposes including for all rectangular field football codes, major concerts and festivals, athletics, high performance training, speedway, sports administration and conferencing and events.

RFA’s three major stadiums are utilised for a variety of purposes including for all rectangular field football codes, major concerts and festivals, athletics, high performance training, speedway, sports administration and conferencing and events.

“Importantly, the aim is to enhance the customer experience at sporting and entertainment events by offering the best quality stadium experience that Auckland can afford to offer.

“Further, continuing investment will be made into high performance training facilities to enhance on-field success.  Ultimately, this strategy will assist in the growth of major sport in Auckland and New Zealand.

“The reality is Auckland cannot sustain the high capital and operational costs of continuing to run three major but underutilised stadiums for the playing of rectangular field football codes.

“RFA aims, by the end of 2018, to reduce these three facilities down to two modern, upgraded major stadiums available in Auckland. – these being RFA’s QBE Stadium and the independently-operated Eden Park”, Robert Domm said. “These stadiums will be able to host a wide range of domestic and international sporting events” he added

RFA proposes to invest $12 million towards building a roof over the Western stand at QBE Stadium and to install an additional 11,000 quality portable seats, which it already owns, at the venue when required.  This will result in a total seated capacity of up to 30,600, of which 80% will be covered by the existing stadium roof and the proposed new roof over the Western stand.

The proposed new roof over the Western stand will be future-proofed so that, should future funding becomes available, a retractable roof may be added to connect with the existing roof to create a fully enclosed stadium.

The QBE Stadium capital investment outlined above is in addition to a further $15 million earmarked for QBE renewals and maintenance under Auckland Council’s proposed Long Term Plan.

QBE Stadium was only integrated into the management and governance of RFA in May this year and the venue is witnessing a higher level of utilisation and revenue growth in sporting, entertainment and functions and events.  An essential element of RFA’s stadiums strategy is the benefits to be gained under an integrated management model and QBE is already demonstrating early signs of the success of this approach.

Eden Park is of a high standard and quality as a football playing venue following the $300 million upgrade for the 2011 Rugby World Cup.  The venue further illustrated its suitability for world class sporting events with the highly successful staging of this year’s Auckland Nines.

The aging infrastructure at RFA’s Mt Smart Stadium Arena No. 1 and the associated significant capital costs to upgrade the venue, in addition to the fact that Auckland currently maintains one football stadium more than the city can reasonably sustain, means that Auckland Council could not justify a business case to fund the necessary works and the ongoing operational costs to sustain Mt Smart at an acceptable professional football code competition standard in the years beyond 2018.

“For its part, RFA is prepared to negotiate an incentive-based package for Mt Smart to remain as a high performance training and administrative venue for rugby league and other sporting codes.
“RFA’s preparedness to support the growth of top quality sport in Auckland will also extend to offering incentive-based arrangements for organisation such as the NZ Warriors, Auckland Blues and New Zealand Football to use the redeveloped QBE Stadium as a playing venue.

“Should these organisations wish to utilise Eden Park as a playing venue, they would have to separately negotiate with the independent trust managing that facility”, said Robert Domm.

RFA will continue to support community based sporting organisations that utilise its three stadium complexes.

The $12 million investment in building an ICC compliant cricket oval and associated facilities at Western Springs will help establish a platform for Auckland Cricket to ultimately relocate from Eden Park.  This can only occur following agreement over commercial terms voluntarily reached between the Auckland Cricket Association and the Eden Park Trust.

RFA is currently investing $2.5 million into enhancing the amphitheatre of Western Springs to create a grassed terraced embankment.  This will increase customer experience and safety  for all sporting and entertainment events at the venue, particularly international and domestic cricket and major concerts.  These works are expected to be completed by early January 2015.

Auckland Cricket has advised RFA that they “are very supportive of the concept of cricket being played at Western Springs”. However, it is anticipated that any proposed relocation to Western Springs could only occur after the end of 2018 when other elements of the stadiums strategy have been implemented.


Importantly, the aim is to enhance the customer experience at sporting and entertainment events by offering the best quality stadium experience that Auckland can afford to offer.