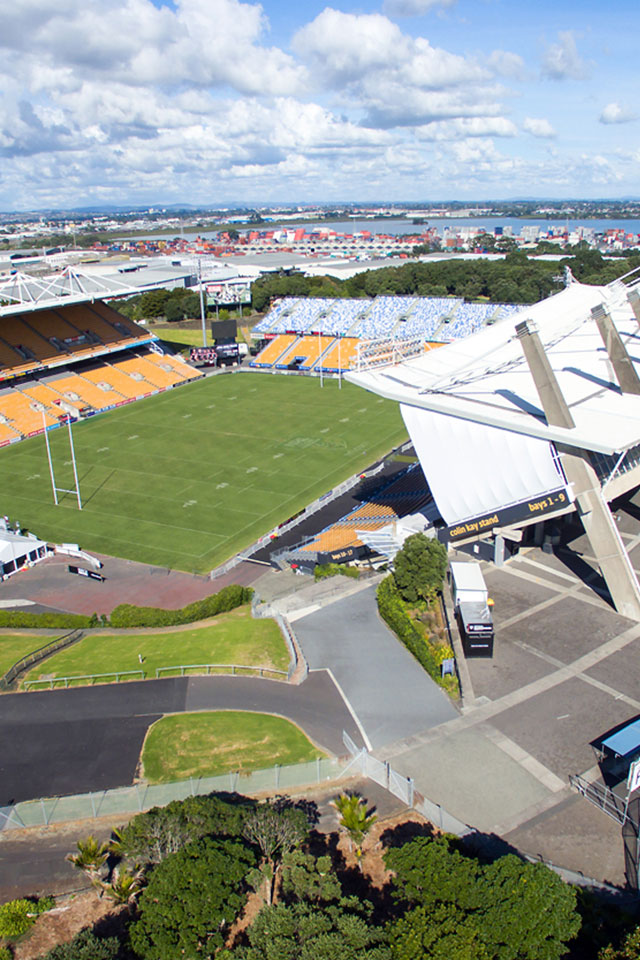 International rugby league will be welcomed back to Mt Smart Stadium in 2017 with two matches of the much-anticipated Rugby League World Cup 2017 (RLWC) to be staged at New Zealand’s own rugby league HQ.

As announced by the RLWC 2017 organisers earlier today, Mt Smart Stadium will host a pool match between New Zealand and Samoa on Saturday October 28; and a semi-final on Saturday November 25.

“We are delighted to host these major RLWC 2017 match-ups and to welcome the world number one-ranked Kiwis back to Mt Smart Stadium.”

The announcement follows the agreement announced earlier this year that will see the Vodafone Warriors continue to be based at Mt Smart Stadium until 2028.

Mt Smart Stadium last hosted a rugby league international in 2010 – a clash between New Zealand and Samoa, which was won by the Kiwis.

Since then the Stadium has witnessed many other events ranging from milestone NRL matches for the Warriors to major international music acts and outdoor festivals.

Mr Nisbet said fans attending the RLWC 2017 matches will notice several enhancements which are being introduced at Mt Smart Stadium off the back of the new agreement with the Vodafone Warriors.

These include upgraded player and media facilities in the Colin Kay Stand; new toilet facilities and food and beverage areas; and a replacement of the existing temporary screens.

“We are committed to maximising the use of Auckland’s publicly-owned facilities and ensuring Auckland ratepayers get value from the investment in our network of stadia,” said Mr Nisbet.

“Mt Smart Stadium has proved itself as a versatile venue which continues to attract great sport and entertainment events. It is among the busiest venues not only in the region but across the world for hosting major outdoor music concerts; and maintains excellent turf and facilities to host sports teams including the Vodafone Warriors and the Wellington Phoenix,” he said.

“We look forward to adding the world’s top rugby league international sides to that list in 2017.”

We are committed to maximising the use of Auckland’s publicly-owned facilities and ensuring Auckland ratepayers get value from the investment in our network of stadia,