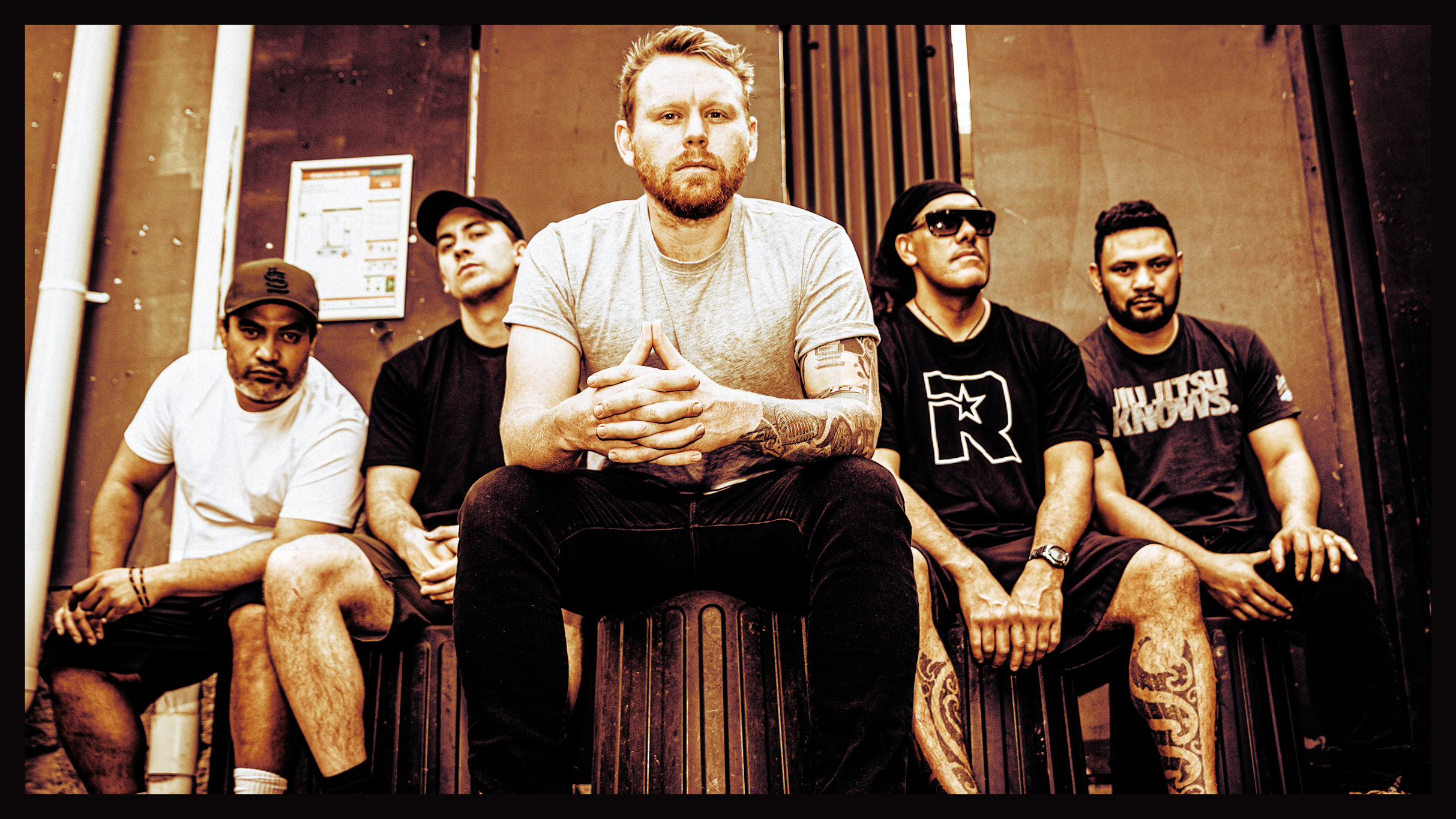 Loop are proud to announce L.A.B will be performing an Auckland headline show this summer, playing the iconic Mt Smart Stadium on Saturday March 27.

L.A.B’s biggest outdoor show to date will see them joined by an eclectic range of NZ’s finest, including Mako Road, Ladi6, Ria Hall & The Leers, a stellar homegrown lineup that will not be seen anywhere else this summer.

This will be the only chance for the Upper North Island to catch L.A.B perform an epic full-length two hour set, which will see them cover tracks from all three of their albums, plus new material currently in the works.

The show will take place at Mt Smart Stadium Upper Field, maintaining a level of intimacy not seen at other large-scale venues. A site famous for the Big Day Out & countless other musical legends, the Upper Field will enable fans to dance the night away or sit back and relax on the grass and take in the epic production, with a range of bars, food & beverage available on site.

L.A.B have continued to grow throughout 2020, a year which has seen much of their catalog reach platinum-selling status, and their single ‘In The Air’ reach number one on the NZ Top 40. With new material set to be released in late-2020, L.A.B are showing no signs of slowing down ahead of their biggest show since selling out Spark Arena and Claudelands Arena this July.

L.A.B will be joined for this show by another of New Zealand’s fastest-rising acts, Mako Road. Set to release their debut album in late-2020, their laid-back indie-rock sounds has seen them amass over 20 million streams. Following on from two sold-out shows at Auckland’s Powerstation this November, Mako Road will bring their sun-soaked sounds to this show.

New Zealand’s undisputed queen of hip-hop, soul & R&B, Ladi6 also joins the bill, bringing her live set up including a full band alongside dancers The Sixxes. With a constantly-evolving catalogue which marks an artist only comfortable when taking risks, Ladi6 will be adding her collection of classics alongside her acclaimed live performance.

Fresh off the release of her album Manawa Wera, Ria Hall will be bringing her stunning live show to this lineup. Inspired by classic reggae & soul records of the 1970’s such as Third World & Jimmy Cliff, Manawa Wera presents a classic reggae sound in a modern Aotearoa context. Hall will bring this sound to life with a full band, perfectly complimenting her stunning voice.

Kicking things off will be Mount Maunganui’s The Leers, a four-piece exploring the depths of indie rock & roll. Set to release new material in late-2020, their style of swelling build-ups, catchy guitar pop melody, dynamically engaging structure and head bobbing riffs will be the perfect way to start this show.

This one-off show will see world-class production combining with NZ’s hottest act at their best - live and loud. L.A.B will bring summer to a close in style on Saturday 27 March at the Mt Smart Stadium Upper Field, with tickets available from Ticketmaster on Tuesday 29th September at 12pm, and FREE train travel included with every ticket.

COVID-19:
The venue & promoter will follow the evolving NZ Event Sector Voluntary Code which sets out best practice guidelines for events under Alert Level 1, more information here.
If the event cannot proceed due to COVID it will be postponed with all tickets renaming valid. If an attendee cant attend the new date they will be eligible for a refund.

Only tickets purchased via the respective approved ticketing agent (Ticketmaster) are valid for entry to the show. Ticketmaster are the only and exclusive ticket agents for this event.

We cannot guarantee tickets purchased via reseller sites such as Viagogo, The Ticket Merchant, Ticketblaster, Queen of Tickets, E-Bay or Gumtree will gain entry into the event and we do not encourage anyone to purchase via these 3rd party agencies.

We also strongly advise not to buy tickets via any 3rd party agencies.

All tickets are general admission.

To avoid the frustration of cellular networks overloading, if your ticket was delivered electronically don’t forget to print or screenshot it to your chosen mobile device before you leave home. When you get to the gate simply expand the barcodes and turn the brightness up on your device.

Tickets can be collected from the Box Office at Gate B on the event day from 9.00am.

Unless sold out prior, gate sales will be available from the Box Office at Gate B from 9.00am on event day.

Please make a point to read the event information regarding bags as there are restrictions on bags, bag sizes and items that can be brought into the venue.

There is a mobility platform located on the field for mobility patrons to use. If you would like to book a space on the platform please call ticketmaster on 09 970 9711 when purchasing your tickets.

Please enter the venue through Gate A and speak to a member of our mobility assistance teams - they are in blue hi-vis vests.

There will be two gates open on entry:

Your tickets will allow you to enter via both gates.

Travel on all train services to L.A.B’s concert at Mt Smart Stadium is included for FREE with your concert ticket.

Traffic and public transport will be busier than normal, please plan your journey in advance and allow extra time. Your concert ticket includes your trip to and from the event on train service only. Make sure you save your ticket for the ride home!

More info will be made available on Auckland Transport's website closer to the event dates.

Mt Smart Stadium is a totally SMOKEFREE Zone. Patrons must leave the Stadium grounds to smoke. This includes vaporizers and e-cigarettes.

Stadium management and the promoter take no responsibility for any damage to, loss or theft of a patron’s personal property while on stadium property.

In extreme cases, a patron who exhibits unacceptable or disruptive behaviour will be asked to leave the stadium. Dangerous activities such as aggressive moshing, stage diving, crowd surfing and climbing are not permitted and may result in the removal of patrons from the event. Failure to comply with a direction from Mt Smart Stadium staff, security staff or the NZ Police to leave the event venue after having being warned to leave may render the ticket holder liable to arrest and prosecution for the offence of trespass under section 4 of the Trespass Act 1980 which is punishable on conviction by a fine not exceeding $1,000 or a term of imprisonment not exceeding 3 months.

Stadium management and its representatives reserve the right to request patrons to present any clothing, bags and other carried items for searching, including being subject to a pat down and/or a scanner search before entering the stadium.

If you refuse to present any of the requested items for searching, you will be denied entry. Entry will be refused if a patron is intoxicated or under the influence of illicit substances.

There are no general parking facilities onsite for concerts. We strongly encourage patrons to use the free travel on train services to get to and from the concert.

Please email bookings@aucklandstadiums.co.nz if you require coach parking. This parking is not available for motorhomes or campervans.

Campervan/motorhome parking is not available onsite. You can locate nearby camping sites at https://campable.com