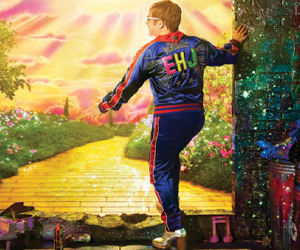 It has been announced that Elton John will perform a third and final show at Auckland’s Mt Smart Stadium, to satisfy New Zealand’s insatiable demand. The new show, scheduled to take place on Thursday 20th February 2020, will be the music icon’s sixth Farewell Yellow Brick Road New Zealand concert and last ever performance in the country. It will open for GP-sale on Wednesday 22nd May at 9am NZST.

It has also been announced that, due to a scheduling conflict, three of Elton’s sold out New Zealand concerts have been delayed by one week. Rescheduled dates affect the second show at Mission Estate Winery, and the first two Mt Smart Stadium shows in Auckland.

All previously purchased tickets will be valid for new dates, on the corresponding day of the week. Patrons unable to make the rescheduled concerts can secure a full refund from their point of purchase: Ticketmaster.

In a statement, Sir Elton said:

Due to an unforeseen scheduling conflict, we have been forced to move the dates on some of my Farewell Yellow Brick Road New Zealand shows by a week. It’s unfortunate, but I hope to be able to see you all there on the new dates.

I’m so pleased to be able to announce today a third Auckland show at Mt Smart Stadium on 20th February!

I’ve always loved playing in New Zealand, and I can’t wait to return to your beautiful country in 2020 to perform for you for the last time.

For details on how to manage your tickets if this date change affects you, please see here