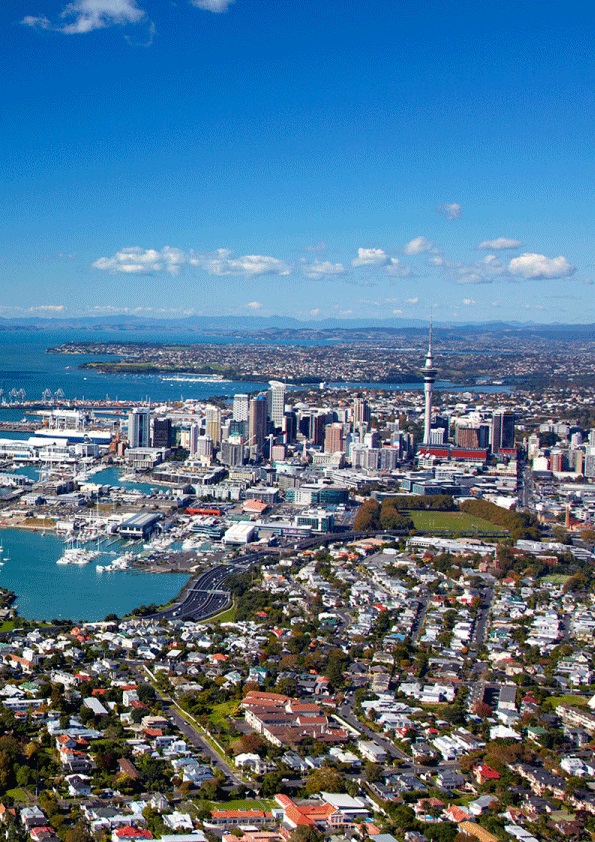 Today’s announcement that the Foo Fighters will perform at  Auckland’s Mt Smart Stadium on 21 February will boost what is already a huge summer line-up of big stadium concerts and festivals that looks set to deliver big economic dividends for the city.

The international line-up includes legendary rockers The Rolling Stones in November and two nights of the Eagles in March. Monster Jam, Taste of Auckland, Our:House, Cloud Festival, and Nitro Circus are also part of a packed summer programme that is expected to attract more than 230,000 fans, with nearly half from outside Auckland.

The Auckland organisation responsible for securing and staging these events, Regional Facilities Auckland (RFA), estimates that this summer’s events will make an economic contribution in excess of $23.8 million for the city.

“The extensive line-up illustrates the success of RFA’s strategy of increasing the utilisation of Auckland’s stadiums,” says Chief Executive Officer, Robert Domm. “We are turning them into cost-efficient multi-use venues to generate economic growth by securing top international events that attract visitors to the city.”

Last summer, the Auckland-exclusive Rapture 2014, Bruce Springsteen and Big Day Out stadium concerts attracted over 79,000 visitors from outside Auckland, generating more than 126,000 visitor nights and a contribution to regional GDP of $14.6 million. The projected economic impact figures for this summer’s events show a 63% increase on last year.

Additional seating capacity was recently added to the Rolling Stones concert at Mt Smart Stadium, which looks set to generate an estimated $5.0 million economic contribution for the city, with 54% of ticket holders coming from outside Auckland.
More than 75,000 fans will gather to hear ‘Hotel California’ rockers the Eagles play the hits over two nights at Mt Smart Stadium in March. Notably, it will be the band’s first visit to New Zealand in twenty years. With 57% of tickets sold to people from outside Auckland, the two concerts are expected to generate over 60,000 visitor nights and make a contribution to regional GDP of around $10.5 million.

Tickets to the high-energy Foo Fighters rock concert are expected to sell out quickly when they go on sale on 13 November. The Foo Fighters last visited Auckland in December 2011, when they played to a crowd of more than 40,000 at Western Springs Stadium.

“Over the past year, RFA has invested $4.0 million in upgrading the facilities at Mt Smart and Western Springs stadiums. The upgrades have increased flexibility at the venues for multi-event programming and made them even more appealing to event promoters. With the addition of QBE Stadium (formerly North Harbour Stadium) to the RFA group, the economies of scale and flexibility that come from working across multiple venues are being realised,” says Domm.

To enhance the audience experience and increase capacity, the development of a $2.5 million grass terrace on the embankment at Western Springs Stadium has commenced. Due to be complete by the end of the year, the landscaped terracing will provide sufficient level ground on the embankment to accommodate up to 14,500 fans for large-capacity concert events. In addition, 12,000 new portable seats will increase seating capacities across Mt Smart, Western Springs and QBE stadiums. Installation of 6000 of the seats commenced at Mt Smart in October to provide additional capacity for the sell-out Eagles and Rolling Stones concerts; the other 6,000 will be used at QBE Stadium for the FIFA U20 World Cup in May next year.

“RFA, with the support of Auckland Council and CCOs Auckland Transport and ATEED, is successfully positioning Auckland as an attractive destination for major international touring concerts and it is extremely rewarding to see the tremendous benefits our activities bring to the city,” says Domm.

RFA, with the support of Auckland Council and CCOs Auckland Transport and ATEED, is successfully positioning Auckland as an attractive destination for major international touring concerts and it is extremely rewarding to see the tremendous benefits our activities bring to the city,