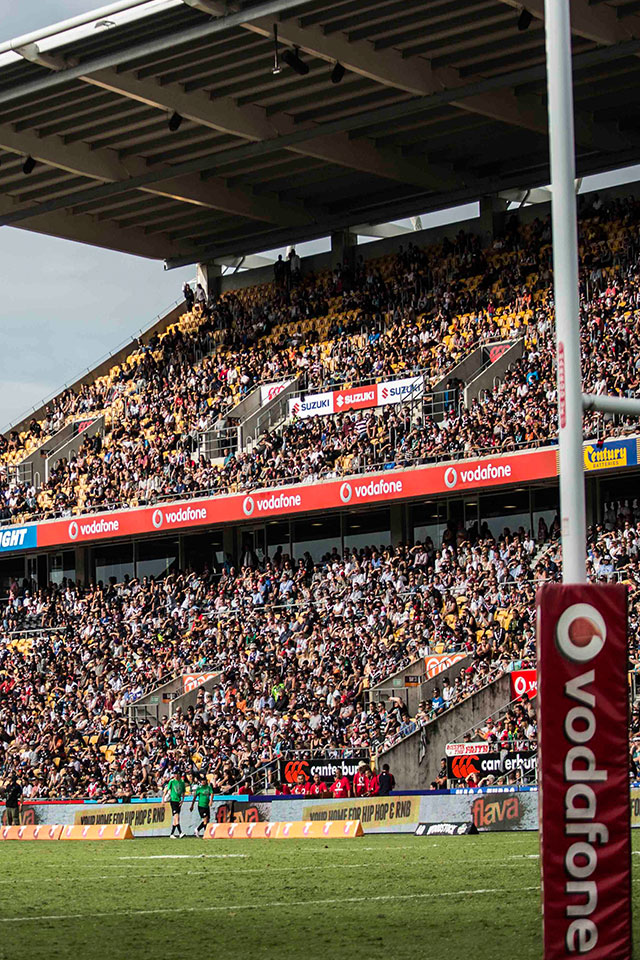 The NRL will break new ground in 2018 by staging a doubleheader extravaganza at Mt Smart Stadium with the Vodafone Warriors and the West Tigers hosting fifth-round games against 2017 premier Melbourne and beaten grand finalist North Queensland on Saturday, April 7.

Stars will be thick on the ground when the Vodafone Warriors face the Cowboys in the main game with the Tigers meeting the Storm in the early match.

While confirming the first doubleheader ever played in Auckland, the NRL also announced today that there will be three other two-game events in Perth, Sydney and Brisbane. The Vodafone will again be involved in Western Australia where they'll face South Sydney in the first-round doubleheader at the new 60,000-seater Perth Stadium on Saturday, March 10.

Kick-off times will be revealed when the full draw is released later this month.

"The doubleheader at Mount Smart Stadium is an unbelievable opportunity to showcase the NRL like never before in Auckland," said Vodafone Warriors CEO Cameron George.

"Having so many of the game's stars on show on the same day is going to be fantastic. It's exciting for our club, for our members and fans and also for the city of Auckland and the surrounding region.

"Jim (executive chairman Jim Doyle) has been working on the concept for some time with the NRL, Wests Tigers and ATEED (Auckland Tourism, Events and Economic Development). "We're thrilled it has come together and combining with the Tigers is a really good fit for us."

ATEED general manager destination Steve Armitage says the doubleheader is an exciting new event for Auckland and a welcome addition to the 2018 events calendar.

"Auckland, and New Zealand, have a strong league fan base and club culture," he said.

"As well as being an unmissable new experience for local fans, we look forward to working closely with the Vodafone Warriors to promote special weekend packages to also entice Australian and domestic visitors to Auckland for the doubleheader.

"We're delighted with today's announcement of what will be a superb weekend for the city, a boost to our regional economy and Auckland's reputation as a great league destination."

George said the move to bring two games to Mt Smart Stadium on the same bill would mean the Vodafone Warriors' 12 home games will all be played in Auckland next season.

He said memberships would still be built around 11 homes games.

"As a result of this move we won't be taking one of our home games to a venue outside Auckland, as we have done in recent times," he said.

"The doubleheader is excluded from 11-game memberships but there'll be an exclusive window for our Vodafone Warriors members to buy their seats before tickets go on sale to the general public. We're expecting tickets will be available from late November."

There are so many storylines set to play out.

The Vodafone Warriors will be fielding their new-look side against the Cowboys including 2018 acquisitions Adam Blair, Tohu Harris, Gerard Beale and Leivaha Pulu (with more signings to come).

There'll be enormous interest in North Queensland with the legendary Jonathan Thurston on what shapes as a season-long farewell tour before he retires. Alongside him will be the likes of controversial Kiwi-Tonga international Jason Taumalolo, Michael Morgan and Matt Scott.

The Storm will be starting life post-Cooper Cronk but still boasting Cameron Smith and Billy Slater along with an array of other stars including Suliasi Vunivalu, Josh Addo-Carr, Will Chambers, Cameron Munster and Kiwis Jesse and Kenny Bromwich and Nelson Asofa-Solomona.

The two home teams for the occasion have strong links throughout their history.

Of the Vodafone Warriors' 2018 squad, Blair, centre Blake Ayshford and prop James Gavet are former Tigers team-mates while the club's head of athletic performance Balin Cupples played for the Wests Tigers and was on the football staff there.

The Tigers also have a potent Mt Smart Stadium connection.

Ex-Vodafone Warriors back rower Elijah Taylor and utility Tuimoala Lolohea were on the Tigers' 2017 roster while Cleary has secured props Ben Matulino and Russell Packer for next season. Along with Taylor, they played for the Vodafone Warriors in the 2011 NRL grand final.

The Tigers also have former Kiwi captain Benji Marshall returning to his original club from the Brisbane Broncos next season.

REGISTER YOUR INTEREST HERE FOR TICKETS AND TRAVEL PACKAGES