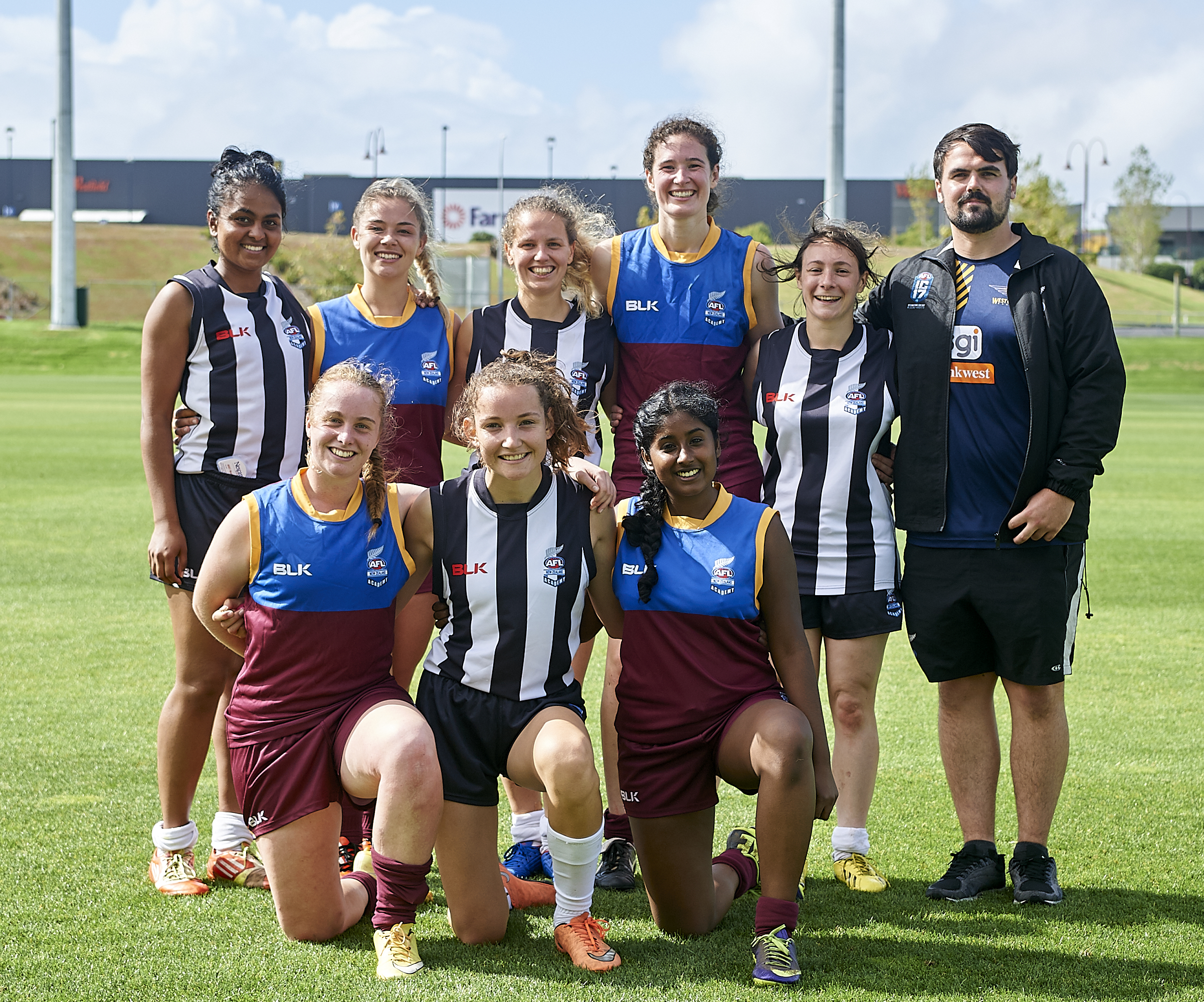 History was made at QBE Stadium today as the first ever AFL New Zealand Women’s Premiership took place where the Lions produced big first quarter to set up their win over the Magpies.

The match was contested from players around the country who were drafted into two teams, Lions and Magpies. Cantabrian Adele Gallagher made history to become the first player to score in the Premiership after kicking a brilliant goal for the Lions.

Gallagher then backed it up kicking her second goal in as many minutes with a stunning banana from the boundary. Heather Lundbeck from Otago had the Lions third goal halfway through the first as they pushed out to a handy 23 point lead at the first break.

The Magpies started to gel in the second with Mia Allison and Valentina Serrano combining well to create multiple opportunities into the forward line.

Kicking with the wind in the final quarter the Magpies were first to score through Petra Milne from Otago but when Adele Gallagher kicked her third goal for the Lions, she sealed the victory as they won by 17 points.

QBE Stadium is the home of AFL in New Zealand and has two fields on its grounds for AFL.